The Lodge Award, The Owl Award, and the Golden Arrow

At Forest Lake we feel it is important to recognize staff as well as campers on some special occasions. For our final Candlelight Campfire of the summer we include some very special awards for members of our staff who have stood out over the season and throughout their time at FLC.

This year we decided to recognize two outstanding staff members with the Lodge Award. These two staff members embrace all of all of these qualities and we were very happy to recognize Louise Read and Henry Craig for their tremendous hard work and commitment to all things camp.

Louise, our Riding Director, is someone who showed initiative, passion and enthusiasm for everything at Forest Lake Camp. She was an extremely reliable member of staff who was willing to help out wherever needed. Louise helped to transform the riding program and has been a true role model to our campers. Riders under her watchful eye have learned the skills required to be effective riders and achieve their riding goals. She taught our campers the qualities of horsemanship- to be kind and gentle, to be respectful yet firm with a strong sense of self. She has been a selfless and supportive member of our camp family.

Henry, one of our Boys Head Counselors, brought so much to the Boys Hill with his positivity, charisma, gentle temperament, humor and seemingly effortless leadership style. Henry was someone that both counselors and campers looked up to, as did the rest of the leadership staff. It is a rare thing to find a truly kind, genuine and talented person, and we were all very lucky to have him has a role model on the boys camp. The Owl award is given to a member of staff who has shown true dedication to Forest Lake Camp and has left a permanent mark on camp and the FLC community. This award recognizes an outstanding member of our staff and is not given every year.

This year there was no doubt that there would be a recipient for this award. One staff member in particular has shone brightly and brought a spectacular joy and energy to camp. Tomy Muci has grown up at Forest Lake Camp and has shared his love for FLC with everyone. He truly embodies the spirit of camp and showed all of our campers and staff what dedication and love look like. He has an enthusiasm that is infectious, whether in the mess hall or at Campfire, he brings the energy in the room to another level. His lasting impression on camp lives in each of the campers that has been lucky enough to meet him and hear him perform Bali Bali. Camp would not be the same without him.

The Golden Arrow award is a lifetime achievement award at Forest Lake Camp and is the longest standing staff award, dating back to the mid 50‘s.  Its recipients are long serving staff members who work to uphold the principles and values of FLC and who give their time and effort to the FLC community.

As tradition goes, the Golden Arrow is passed down from its previous recipient. Shalagh Blanck, the brains and creative genius behind store, awarded this years Golden Arrow to Caroline Meyer for her commitment and dedication to Forest Lake Camp. Caroline has been a long time member of the FLC family, from her time as a camper through to being a head counselor and mots recently a Director. Her presence on camp has brought a renewed sense of history and FLC tradition, as well as showing the importance for appreciating how lucky we are to be at camp. She has brought joy to our campers and staff and is someone that anyone can go and talk to. As a Director she has brought so much to camp, including revamping the LIT program and training all the FLC lifeguards. It is difficult for anyone who knows Forest Lake to not also have a lasting memory of Caroline and the love she has for FLC and everyone in our extended family. 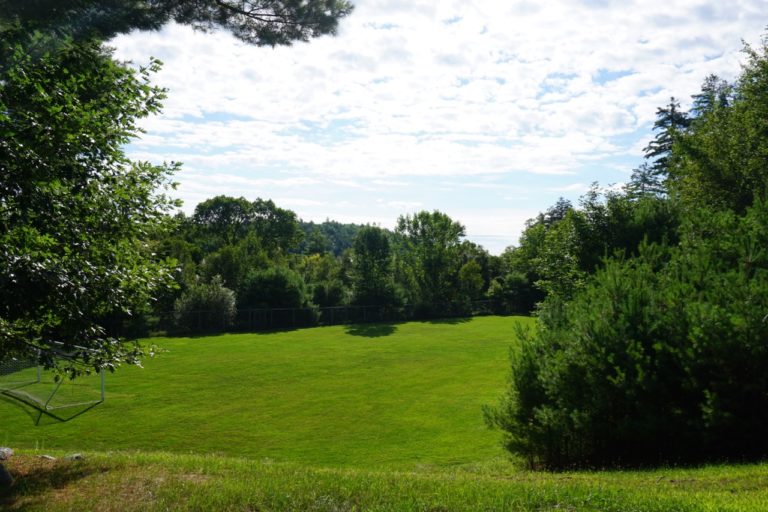